WORLD OF DARKNESS (Kevin Lee & Giles Alderson, Sweden, 2017)
"World Of Darkness, The Documentary" is not a regular film, nor a documentary to use, so I would like to start this chronicle by talking about feelings rather than cinema...
The communication that a "premiere" was going to take place in the commemorative edition of the 50 years of the Sitges Film Festival 2017, in which this film was going to be projected, I arrived in two ways, on the one hand through the organization of the Festival, and on the other through Xavi Quero, and I have to admit that my heart gave a twist.
As I suppose you will happen to many, I have many good memories rigged the first time I took a manual of "Vampire The Masquerade", in fact much of my life has been marked by the singularities of what we could call "vampiric culture", in which she forged the bases of a radio show that has already turned 23 years old, and she has taken me in a great way to where I am now.
So last Friday, October 6, together with Malice Tremere, dressed for the occasion and with a spirit between excited and expectant, we approached Cine Prado to enjoy the event. I should add that hours earlier, I had been able to personally interview Co-Director Kevin Lee and White Wolf Developer Shane DeFreest in a very personal and relaxed interview that you can soon hear. 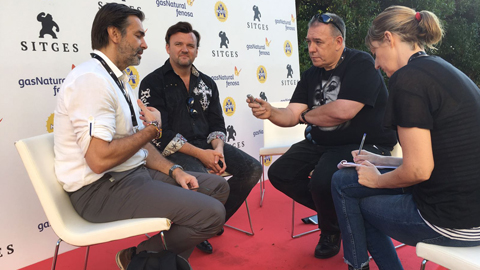 As I said, we came to the cinema, and we found ourselves in a festive atmosphere and with a well-attended attendance, it is necessary to say that many of us knew each other to have participated in LARP events, but we were also surprised to meet friends we knew from other areas , but we did not know that they were also involved in this world, that's one of the things that make the WOD universe so special.
After returning to greet Kevin and Shane, we go inside, I tell my companion that the Prado Cinema, has always remembered the stage of "Théâtre Des Vampires" of "Interview with the vampire", for its aesthetics. The act began, they told us that it would consist of three parts, a very short presentation, the projection itself, and a space so that we could ask the questions we wanted to the staff. 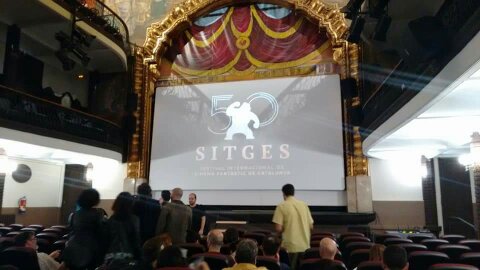 Once the projection began, we could soon see that the documentary was the story narrated through many of those responsible for the phenomenon World of Darkness and in the first person, how a group of friends who know each other through the world of role and conventions create the White Wolf publishing house, and thanks to "Vampire: The Masquerade", the first table game in history that manages to stop being restrictive to a social group and get to penetrate the plot of society principles of the 90s, making a gap in the cinema, literature, music, creating a cultural movement of their own, become very soon a company that invoices millions of dollars and that dominates the market for more than ten years; until, with the advent of the social changes provoked by the Internet and the arrival of electronic games that cause a generalized decline of the role games, begins to lose bellows, partly by bad luck and partly by a series of editorial decisions unlucky. 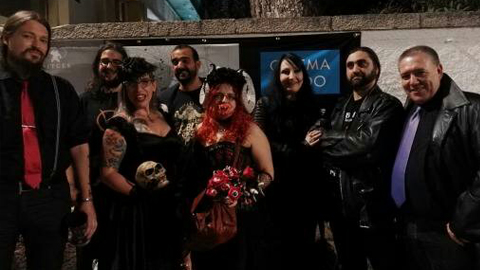 Not everything in the movie is nice. The finished work has a mixed picture that I would have focused in a different way, the presence of the players in the narrative is merely testimonial, and it is missing perhaps that they had gone deeper into how the game has influenced people, and less in the economic aspect of it. Also in the words of Malice is missing more information and references to other games that share universe with "Vampire" and have ended up being important parts of that "World of Darkness", something more extension on clans, events, level organization would also have been fine, and, lastly, mentions both the VTES card game (or "Jyhad" for the purists), and the first edition of the PC game "Vampire Redemption" would have been a good detail. But, well, those are my appreciations, personal tastes and own manias that do not have to influence the opinion of others.
In short, definitely the documentary is a great way for the neophytes to take a look at the world of WOD, and for those of us who are staunch fans, even if we love to criticize, it was a beautiful moment for wistfulness. 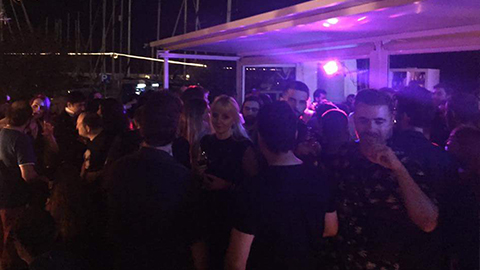 The event ended with a party of "Succubus Club", next to the sea where all the attendants treated us like princes, of which we can only keep good memories and images, and in which the mastery as DJ of Xavi Quero, transports us back in time, doing well to remind us who we were, as I express perfectly my partner Tremere.
The film is available through Filmin for a month with the following code:https://www.filmin.es/pelicula/world-of-darkness
And later it will be released commercially on DVD and BR, I recommend you to see it, because it is interesting material.